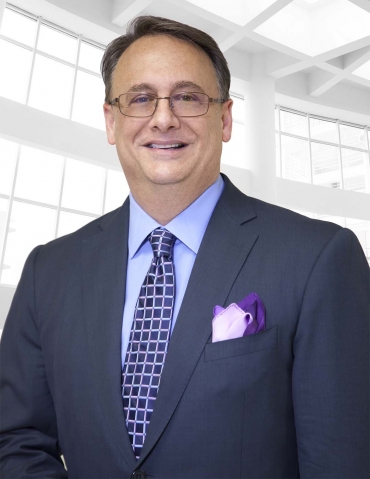 Hon. Richard Scotti, Esq. started his practice in Clark County working for attorney Morton Galane, and then served many years as a partner with Kemp, Jones & Coulthard, LLP, prior to taking the Bench.  He balances his time between the passion for the law and his supportive wife of thirty-two years, and two grown children.

Hon. Richard Scotti, Esq. served as the District Court Judge for Department 2 of the Eighth Judicial District Court, handling both Civil and Criminal caseloads.  The Court has honored Judge Scotti to serve as the chief of appeals of all misdemeanor convictions and summary eviction matters in Clark County.  He has presided over Veterans Court and DUI Court.  He has served on the medical malpractice team, and the construction defect team.  Judge Scotti has served as the Coordinator of the Court Mandatory Settlement Conference Program.  Plus, he lectures to groups on Civics and the Constitution.

Community service has been the dedication of Judge Scotti from the beginning.  He is most proud of his work on the Clark County Professional Committee, years ago, where he helped develop and promote the Lawyers’ Pledge of Professionalism.  Still used today, this Pledge encourages lawyer civility, respect, and integrity towards the public and legal community.  For several years Judge Scotti worked closely with The Las Vegas Review Journal as a Writer and Editor for the “Ask-A-Lawyer” Column, offering practical legal information to readers.  Next he served as a member of the State Bar Client Security Fund Committee, resolving public complaints against lawyers.  Then the State Bar promoted him to the positions of Arbitrator and Regional Director of the Fee Dispute Arbitration Committee, where he conducted and supervised hundreds of mediations and arbitrations, resolving client billing disputes.

The Nevada Supreme Court has honored Judge Scotti by appointing him as a Mediator for the Nevada Foreclosure Mediation Program, where he worked toward solving the housing crisis.  Also, the Supreme Court appointed him to serve ten years as a Supreme Court Settlement Judge.

Judge Scotti enjoyed and excelled in the fields of construction, business litigation, and administrative law.  For example, he worked as a Prosecutor for the Nevada State Contractors Board, enforcing public safety, protecting homeowner rights, and helping laborers get paid.  He served as Administrative Law Judge for the Contractor’s Board, as well as Board Counsel.  He is recognized as the writer and editor for the Nevada section of the 2010 ABA Design-Build Deskbook.  Further, as one of the lead attorneys, he helped achieve a very favorable result for a multinational company in the longest civil jury trial in the history of Nevada.

Judge Scotti was elected twice by his peers to serve as one of the Governors of the State Bar of Nevada.  In that role Judge Scotti managed all aspects of the Nevada legal profession.  During this tenure the Board President appointed Judge Scotti as Chair of the State Bar Civility Committee, which recommended new language to the Attorney Oath on civility and professionalism.

More in this category: « About Preston Rezaee, Esq.